John S. Dyson is a pioneer in the global wine industry, an innovator in site-specific planting, and extensive vineyard research. Millbrook Vineyards & Winery belongs to Pebble Ridge Vineyards & Wine Estates, a wine group John and Kathe Dyson created that is devoted to producing the very finest wines of their particular growing regions.

In addition to Millbrook Vineyards & Winery, the group’s other highly regarded properties include: Vista Verde Vineyards, also known as Pebble Ridge Vineyards, in the North Central Coast, California; Villa Pillo Estate in Tuscany, Italy, which was purchased in 1989 and launched its first wines in the United States in 1997 to excellent review; and Williams Selyem, the prestigious Russian River Valley winery that is arguably the top producer of Pinot Noir in the United States.

John Dyson’s interest in wine goes way back to his days at Cornell’s College of Agriculture when, never keen on beer, he bought a jug of wine to impress a date at his fraternity’s party. This led to a lifelong interest in wines and his enrollment in a wine course at Cornell’s famed hotel school.

John met Kathe in Washington, DC while they were both working there. Their first investment in the wine world began in 1979 in John’s hometown of Millbrook, NY as they began to convert an old dairy farm into Millbrook Vineyards & Winery. He initiated viticultural experiments using several varieties, rootstocks and trellising techniques, and proved that world-class vinifera wines could be produced in the Hudson River Valley. Millbrook’s first commercial vintage was produced in 1985.

From that one acre to over one thousand (mostly in California) John and Kathe, along with their partners, have built a successful business. They also own and operate a small winery in Tuscany, Villa Pillo, which has been restored to its glory with careful replanting of vineyards and restoration of the wine cellars. In 1998, they also purchased Williams Selyem, renowned for their world-class Pinot Noir.

In 1982 after some successful plantings of vinifera grapes on his father’s farm in Millbrook, New York, John Dyson purchased the 130 acre Wing Dairy Farm for his first vineyard and winemaking venture . The southwest facing slopes of the former dairy farm with its gravelly soil proved excellent for viticulture and in 1983 the first plantings were made at the site of what is today Millbrook Vineyards & Winery.

Millbrook Vineyards & Winery was the first vineyard in the Hudson River Region of New York State dedicated exclusively to the production of vinifera grapes. It’s founding principles were viticulture, innovation and experimentation, as well as excellence in winemaking. In 1984 winemaker, John Graziano was brought on board as the winemaker and the initial plantings of Chardonnay, Pinot Noir and Cabernet Sauvignon were quite successful. Pleased with those results, John decided to expand his commitment to making high-quality New York wines. 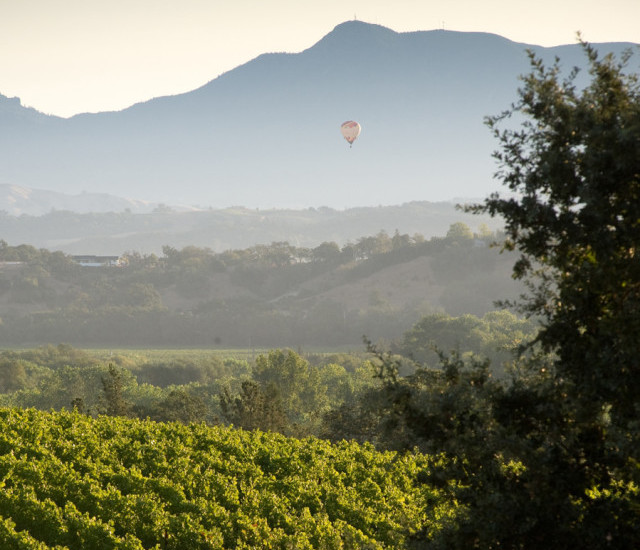 The most recent addition to Pebble Ridge Vineyards & Wine Estates, Williams Selyem brings a new level of prestige to the group. Over the past decade, Williams Selyem’s wines have consistently achieved outstanding ratings. They have been described by Robert Parker as “Pinot Noir at its most seductive and opulent,” and praised by Hugh Johnson for their “emphatic individuality.” In fact, according to Jim Laube, “Today it’s accepted wisdom that Williams & Selyem stands for excellence in Pinot Noir.”

John and Kathe Dyson take the responsibility of their stewardship of Williams Selyem quite seriously. The acquisition was the culmination of a lifelong interest in wine. “Lovers of Williams Selyem will not see any changes in the wine,” assured Dyson in the Wine Spectator after his purchase of the winery early in 1998. Williams Selyem is well situated to continue to excel into the next century. 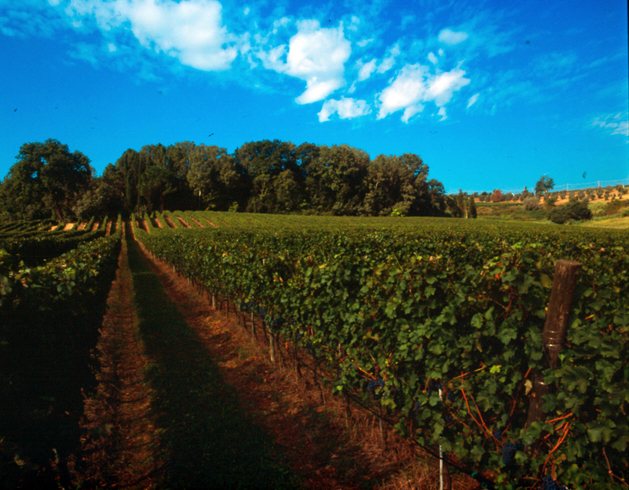 Villa Pillo was purchased by John and Kathe Dyson in 1989 to extend their vineyard and winery holdings to Tuscany. The property is an ancient estate once owned by the Marchesi Incontri, one of the most prominent families of Volterra and Florence. Located near the famed walled town of San Gimignano, Villa Pillo is centrally positioned between Florence, Siena, and Pisa in the Chianti countryside.

Nearly 100 acres of vineyards are planted with Sangiovese, Merlot, Chardonnay, Cabernet Sauvignon, Cabernet Franc and Syrah. Villa Pillo also has a 30 acre olive grove from which they produce an exquisite, hand-crafted extra virgin olive oil. The olives are hand picked in late October and November and cold pressed into a fusion of Tuscan aromas and flavors using a traditional blend of Italian olive varieties: Frantoio, Moraiolo, Pendolino and Leccino.

The Villa Pillo Estate wines are available at local wine shops and the olive oil is available in our Tasting Room you to sample and purchase, as well as online. 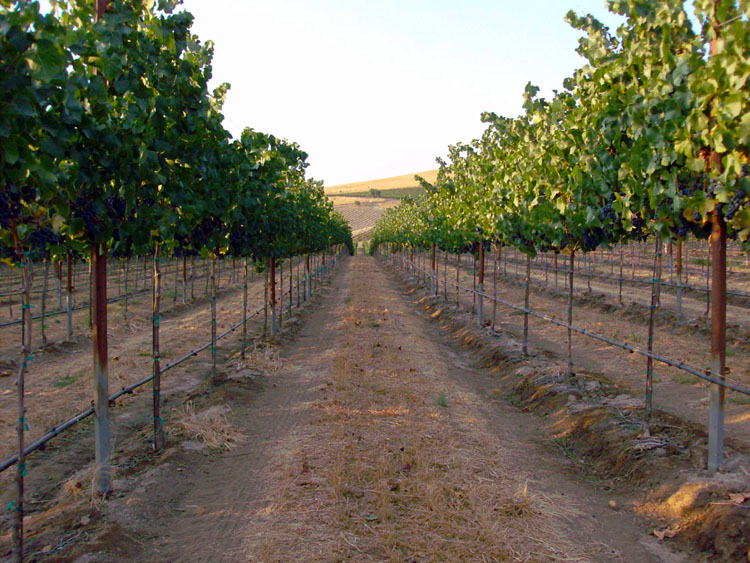 In 1990, the Dyson Family purchased Vista Verde Vineyards (850 acres) in the North Central Coast, near Hollister in San Benito County. The vineyards – some of the finest vineyard land in all of California – comprise Pebble Ridge Vineyards. There, John Dyson is engaged in some of the most innovative clonal research, varietal research and trellis design in the wine industry. A majority of the fruit grown is sold to large wine producers such as Beringer, Au Bon Climat, and Kendall Jackson. About 5% of the grapes are shipped via refrigerated trucks to the Hudson River Valley where our winemaker creates small lots of wines from grape varieties that do not grow in the northeast.